How Liberty Global Got its Corporate Innovation Right

So many companies struggle with their corporate innovation programs that it’s important to identify and celebrate “success stories,” as there still aren’t many cases of organizations that get corporate innovation right. One such successful organization is Liberty Global, the world’s largest international cable company, known for its brands like Virgin Media, VodafoneZiggo, Unitymedia and Telenet. In 2016, Liberty Global was ranked 88th on the Forbes list of the World’s Most Innovation Companies.

Central to the Liberty Global’s innovation success is its program called Spark. Originally launched in 2011 at (then) UPC Netherlands and re-structured in 2013, Spark is an initiative aimed at sourcing, refining and implementing ideas proposed by Liberty Global’s employees and partners. 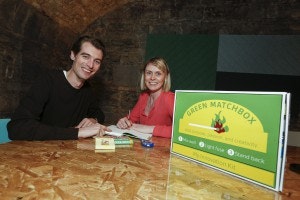 One of the original founders of Spark was Roel de Vries, who now manages the program at the Liberty Global’s Corporate Office in Amsterdam. In the fall of 2015, Roel explained to me Spark’s objectives, described early victories and also some struggles the initiative went through right at the beginning. Recently, I spoke with Roel again and asked him about the progress he and his colleagues at Spark have achieved over the past 18 months. Joining the conversation was Elaine Bromell, Program Manager at Virgin Media Ireland, a Liberty Global subsidiary. Below is a written version of our conversation.

E.I.: Roel, I know that you keep a meticulous count of all metrics related to the program. Could you please give the latest update of what’s happening at Spark in terms of numbers?

R. de V.: As of today, the Spark platform is available to more than 30,000 Liberty Global employees in 14 countries. Overall, more than 15,000 ideas have been generated, of which over 1,100 have been implemented; the total Return on Investment (ROI) stemming from the realization of these ideas is more than €10 million. But more importantly, over the past year or two, we’ve become much better at helping the Spark participants refine their ideas, make them look more attractive when presented to the company’s senior management. In turn, this led to the higher rate of idea adoptions and their subsequent implementations.

E.B.: Interestingly, we also spotted a feedback-loop effect of sorts: as the number of adopted and implemented ideas increased, so did the quality of submitted ideas. Certainly, the employees participating in Spark have realized that their efforts, which actually come atop their daily activities, are being noticed and appreciated by the company’s leadership.

E.I.: Roel, when we spoke last time, you told me that when originally launched in 2011, Spark was essentially no more than electronic suggestion box. The problem with this arrangement was that the majority of submitted ideas were of little practical value. They weren’t aligned with the company’s overall strategy. You then re-structured the program, in 2013, and began running it with the “end in mind’, that is, with aligning the idea flow to strategy. So now, while still running idea campaigns that don’t address specific questions (“always-open” campaigns), you pay more attention to so-called focused campaigns, campaigns that target a specific business or technical question. Are focused campaigns more successful than “always-open” campaigns?

R. de V.:  Yes, they are. Asking a specific question sets the parameters for the ideas that people will generate. It gives them structure around the types of things we’re looking for, so the ideas that come in will have a better focus than those developed during a ”tell us what you’re thinking” type of open campaign. We always say: “It’s difficult to think outside of the box, if you don’t know what or where the box is.”

E.I.: Besides the efficiency of focused campaigns, are there other factors—perhaps, a specific issue or problem--that could predict a successful idea campaign?

R. de V.:  Spark is organized in such a way that each idea campaign has a sponsor, who is typically a high-level department head or business unit manager. As typical for senior executives, they have a passion for cost savings. Consequently, they have a soft spot for idea campaigns aimed at optimizing internal operations that might result in cost reductions. Ideas submitted during such campaigns usually have a better chance to grab the attention of the company’s leadership and, therefore, a better chance of eventually being implemented. And, as Elaine has just mentioned, when employees feel that their ideas have a better chance of being noticed, they tend to submit higher-quality ideas. So, yes, idea campaigns aimed at cost reduction are, by and large, more successful than others.

This is, of course, not to say that our employees are bad at generating product or service ideas—no, they are good, and some of their ideas are simply awesome! It’s just that such ideas are more difficult to develop and more costly to implement.

E.I.: Recently, you’ve added another piece to your corporate innovation toolbox: a program called MatchBox. What is MatchBox? What was the problem you wanted to solve by launching it?

E.B.: Spark is generating a lot of ideas. However, we noticed that some of these ideas would stall—and not because they were low quality, but because their originators struggled to refine and develop them into attractive business propositions. First of all, many of our employees simply don’t have enough theoretical and practical knowledge in the area of idea development. Besides that, they often lack necessary resources—time and money—to convert their original thoughts into something tangible. We launched MatchBox to address this specific problem: the lack of knowledge and experience in the area of idea development.

So we started by bringing together 50 of the Virgin Media Ireland employees to an offsite workshop and giving them a two-day, extensive MatchBox training. Prior to the training, we made an agreement with management that the participants would be allowed half a day per week to work on their ideas.  We also gave to each participant a pre-paid credit card to cover expenses, if necessary. After two months of work and development, 15 participants made it through all six levels of the MatchBox program and presented their business cases to the company’s executive team, at Spark Pit, an exciting event modeled after the popular TV show “Dragons’ Den” (“Shark Tank” in the U.S.). Eight of the 15 presented ideas were elevated to the next level – Blue MatchBox. Being elevated to the Blue MatchBox category means that the management believes in the value of this particular idea and that a working team will be created to bring this idea to implementation. We’re happy to report that one idea has already been implemented in Ireland.

E.I.: What happened to the MatchBox participants whose ideas weren’t selected?

E.B.: Well, they went back to their daily routines, so to speak, but the participation in the program had a clear positive impact on them. First, they now have a valuable knowledge that they can apply in the future. They also got innovation “fervor,” and many of them have already engaged in new idea campaigns.  We also find that “MatchBoxers” continually submit ideas of very high quality! We fully expect these people to become innovation champions throughout the whole organization.

E.I.: Let’s talk about communication. Liberty Global has operations in over 30 countries. So in addition to connecting people with diverse expertise and training, working for different departments and business units—a challenge that is faced by all organizations launching innovation programs—you have to bring together employees speaking, literally, different languages. How do you deal with this kind of a challenge?

R. de V.:  Over a year ago, Sarah Kelly joined me on the Spark team as the Innovation Network Manager; Sarah now plays the key role in our communications. With eight years in the company and a natural talent for connecting with people, she’s brought with her a large network that helps in linking subject matter experts with idea owners. For our global campaigns, Sarah writes all communications to share with our global teams. We strive to make English our common innovation language, and as a native speaker, Sarah can tell a story in a way that gets our message across simply, for everyone.

At the same time, it’s not a secret that some employees, for whom English isn’t their first language, may experience difficulties in expressing themselves when it comes to complex technical or business topics. We don’t want the language barrier dampening their enthusiasm for innovation. So, employees can now participate in Spark in their own languages in addition to English. At each location, our Spark managers and innovation champions provide support in translating documents written in English into local languages and vice versa. We’re also looking into opportunities to replace this human support with technology.

R. de V.:  Not at all: the cultural aspect of corporate innovation programs is very important. I believe that we do have a “culture of innovation” at Liberty Global; however, we don’t talk much about it, and I’d be troubled to give you a precise definition. I think that we have at least three major components of a bona fide innovation culture. First, we have created an atmosphere of openness to new ideas. Second, we have succeeded in creating a common, company-wide, language of innovation. Third, and perhaps, the most important, we have a tremendous support from our executive leadership, support that goes all the way up to the corner office of the company. So the culture in our organization is definitely shifting and it’s shifting both top down and bottom-up—exactly how we’d like it!

E.B.: We’re already witnessing some tangible results of this shift, as employees participating in the Spark program consistently score higher than other employees in engagement surveys. So we’ll continue to invest in our people and we’ll continue to perfect our programs. And we believe that if we do these things right, the “culture” will take care of itself.

Eugene Ivanov writes about crowdsourcing, open innovation and innovation in general. He blogs at Innovation Observer and tweets @eugeneivanov101.

This post was originally published on Edge of Innovation.